Before Colin Ambrose decided to embark on the American Rivers Tour, he made his bucket list of the rivers and places that he would like to fish across the United States. Beginning with his first trip to the Chagrin River in Ohio in April of 2017, we can follow Colin as he explores rivers from Long Island, New York to California. Watch the map evolve as the tour continues. Each trip is documented through a story in Colin’s own words, photographs, and episodic videos. 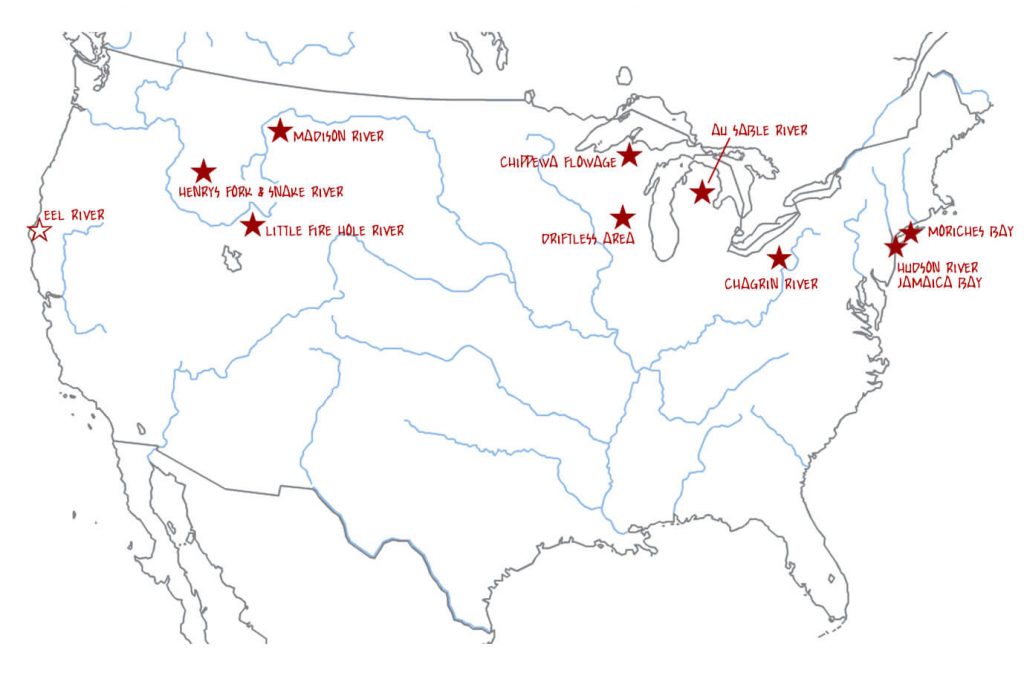