We checked into the Hilton in Saratoga Springs (no accommodations available any closer to the trail) after Monday’s 50-mile ride, excited to have the services and amenities provided by an upscale hotel chain. Upon check-in, we found that Covid procedures had stripped down the service piece to hot showers and comfortable beds. Pleased to see safety stickers on all of the doors ensuring guests that the rooms had been disinfected. But no water in the mini-fridge? Strange that a guest has no access to the minibar. 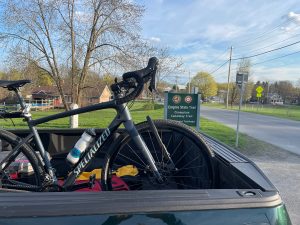 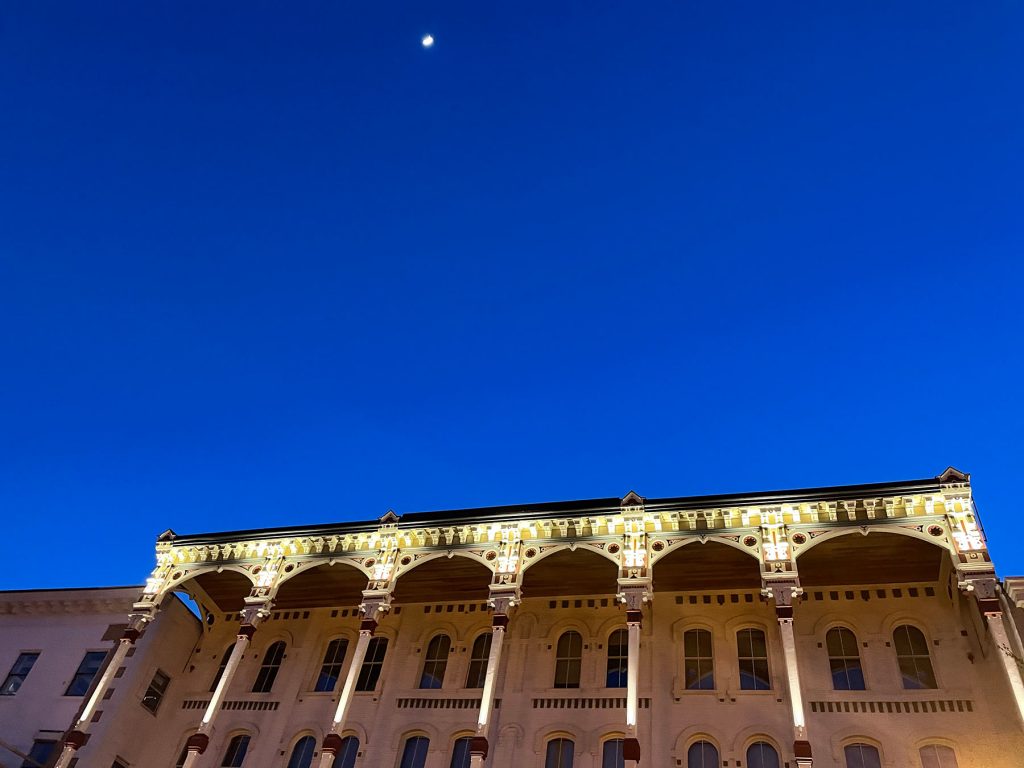 I realize it’s not easy but room service is like take out if you have guests you should be obligated to serve food in some manner. We found a good one on the street, Max London’s bar & restaurant is 2 blocks to the west, toward the famous Saratoga Spring. There were several independent restaurants and luxurious hotels on the main drag in service, Max London was spot on. Delicious pasta, hummus dip, and cocktails. We had a nice meal and went to bed happy, Saratoga Springs is the jewel in upstate New York’s crown. 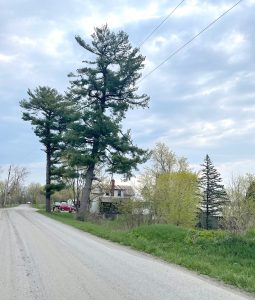 On Tuesday morning we drove back to Fort Edward, it took about 40 minutes. The sun was shining, 45 degrees, the weatherman was reporting tales of snow for Wednesday, I was dedicated to my goal of reaching Ticonderoga before returning to Sag Harbor for work. It was a perfect day to climb the Adirondacks. 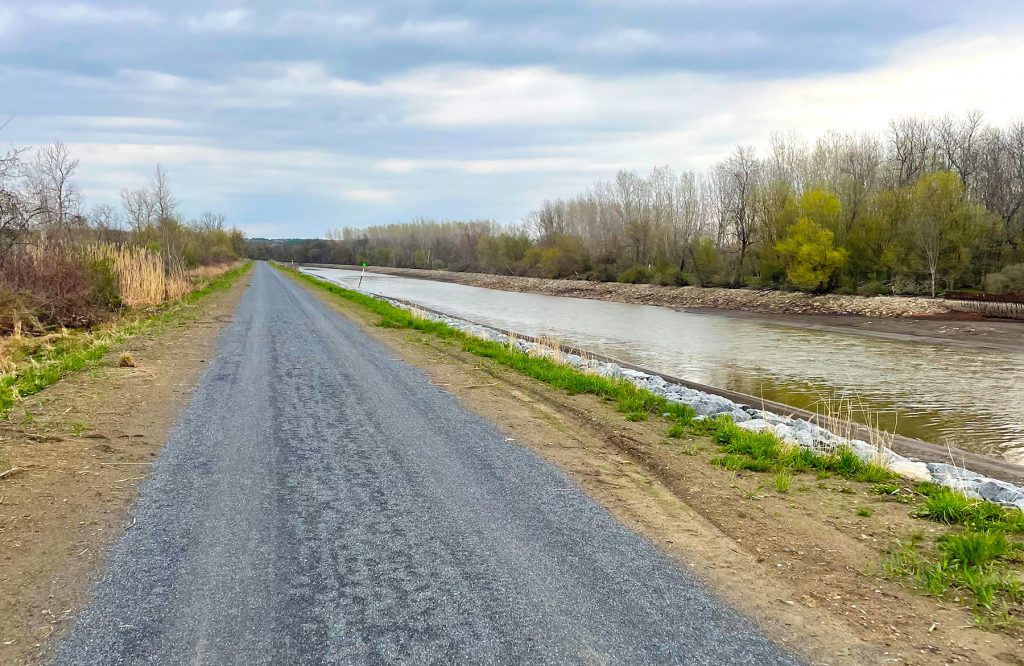 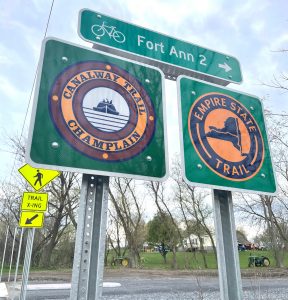 Michael and I hit the trail at 8:45 am riding north.
The trail wanders down quiet roads for a few miles, passing farms and crossing canals here and there, traffic was light, just the 2 of us pedaling on flat roads. Then we came to an intersection in Fort Ann, the trail transitioned here into a brand new stretch of paved EST, miles of beautifully built bike path bordering a large canal. We didn’t see another person for at least 3 miles, then the trail took a hard right, forging a bridge over the canal and back out into the roadway. Again, the road was lightly traveled. Just the two of us. 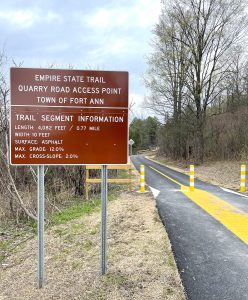 As we reached a small farming community the road became curvey, twisted turns with hills becoming the norm. My bike is lighter and has thinner tires than Micheal’s and I started to pull out ahead of him. Then, as I pumped my pedals hard, climbing yet another incline I looked up to see my pal and his bike in the back of a white pick-up truck, a good samaritan had offered him a lift, he passed and jumped ship about a mile up the road. Just as I caught up to him we coasted down a hill like 2 skiers on a long lazy mountain trail. There was an EST sign at the bottom of the hill and turning left we had yet another hill to climb. Reaching the top we found a new craft section of the EST and all of a sudden Charlie popped out of the woods, huffing and puffing, he had worked his way through the uphill climb riding south from Whitehall to meet us. 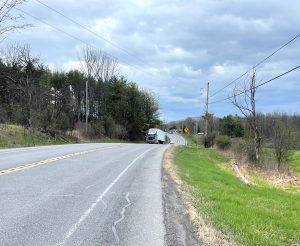 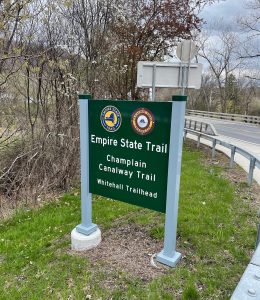 The newly constructed trail through the woods is a true work of art. The most highly crafted section I can remember and a surprise to come across in such a random setting. After about 2 miles it just ends on a mountain road overlooking a lovely valley with a large prison on the north end, we’d reached Comstock. 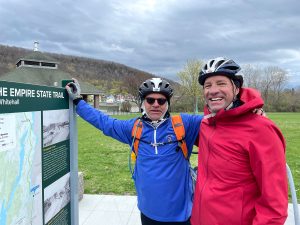 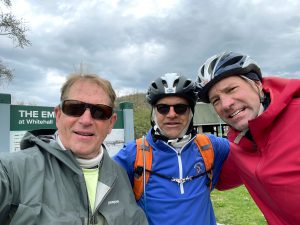 After a short ride downhill and back on the road, yet another section of trail is shared with trucks and cars traveling at 50 miles an hour. While I’m sure that it seems normal to some, my heart races a little faster on these stretches. The reality is, I’m committed to riding this entire trail and if it means covering a few miles on the edge of a country highway, I’m up for the challenge. We rolled into Whitehall a few minutes later, it didn’t take that long. 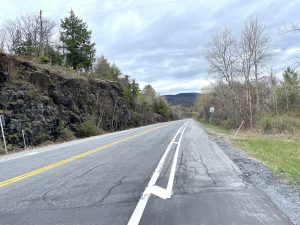 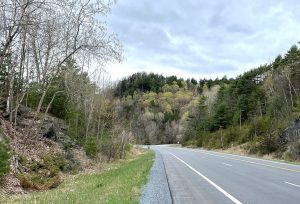 This is the point where Michael and Charlie peeled off to retrieve the F150. While I attacked the last leg of my 50-mile day the boys drove the shuttle. North of Whitehall the trail seemed to rise out of a river directly up a mountain. After climbing what my Strava reported to be a 2500 foot rise, I was at the top and that’s when Micheal pulled up in my truck, about 2 hours later. From that point, it was basically a long downhill ride with a few easy-rising hills in between. I peddled up the western shore of Lake Champlain for about a mile until Fort Ticonderoga came into view at the top of a southeastern facing bluff at a great distance, then at the first traffic light I’d encountered for 25 miles I took a left and coasted downhill into Ticonderoga passing a glorious waterfall with turquoise blue water and a deep tail out below. 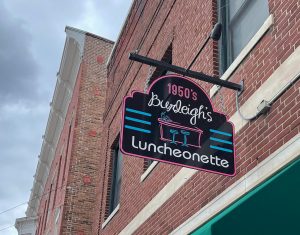 In a short conversation with 2 local fishermen who were walking to the pool with spinning rods on their shoulders, I learned that there might be 10 days of productive steelhead fishing left in the short spring run. Big fish migrating out of the lake below to spawn. 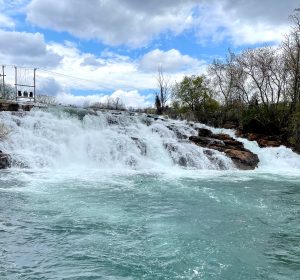 Turns out we arrived late for a sandwich, the local luncheonette closes at 3 pm, it was 3:15.
We hit the road and followed google maps to Portchester NY. This time arriving in time for an 8 o’clock ferry to Long Island. 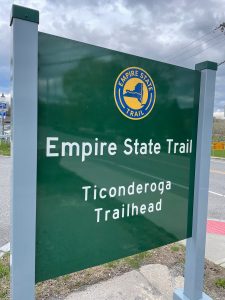 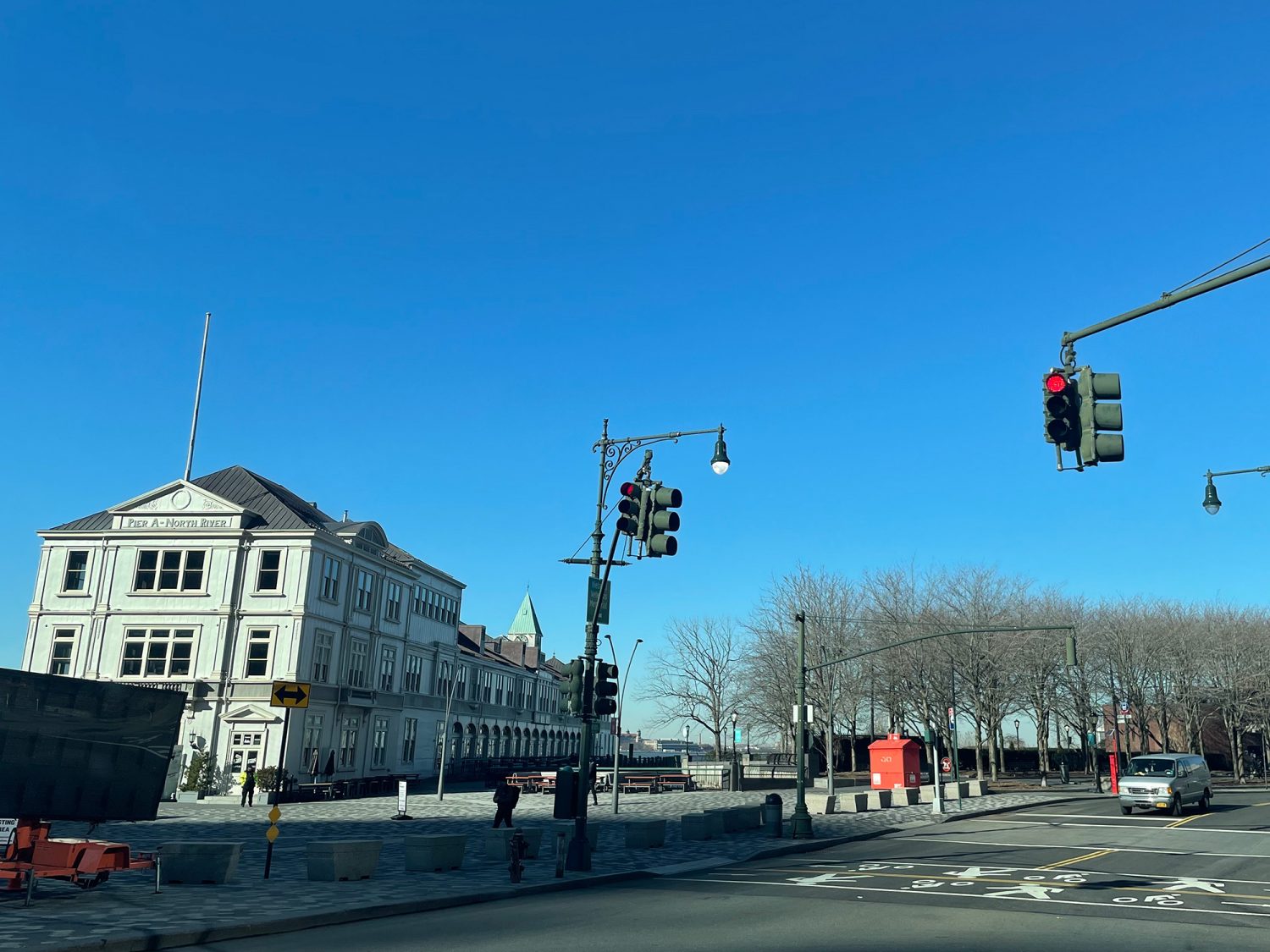 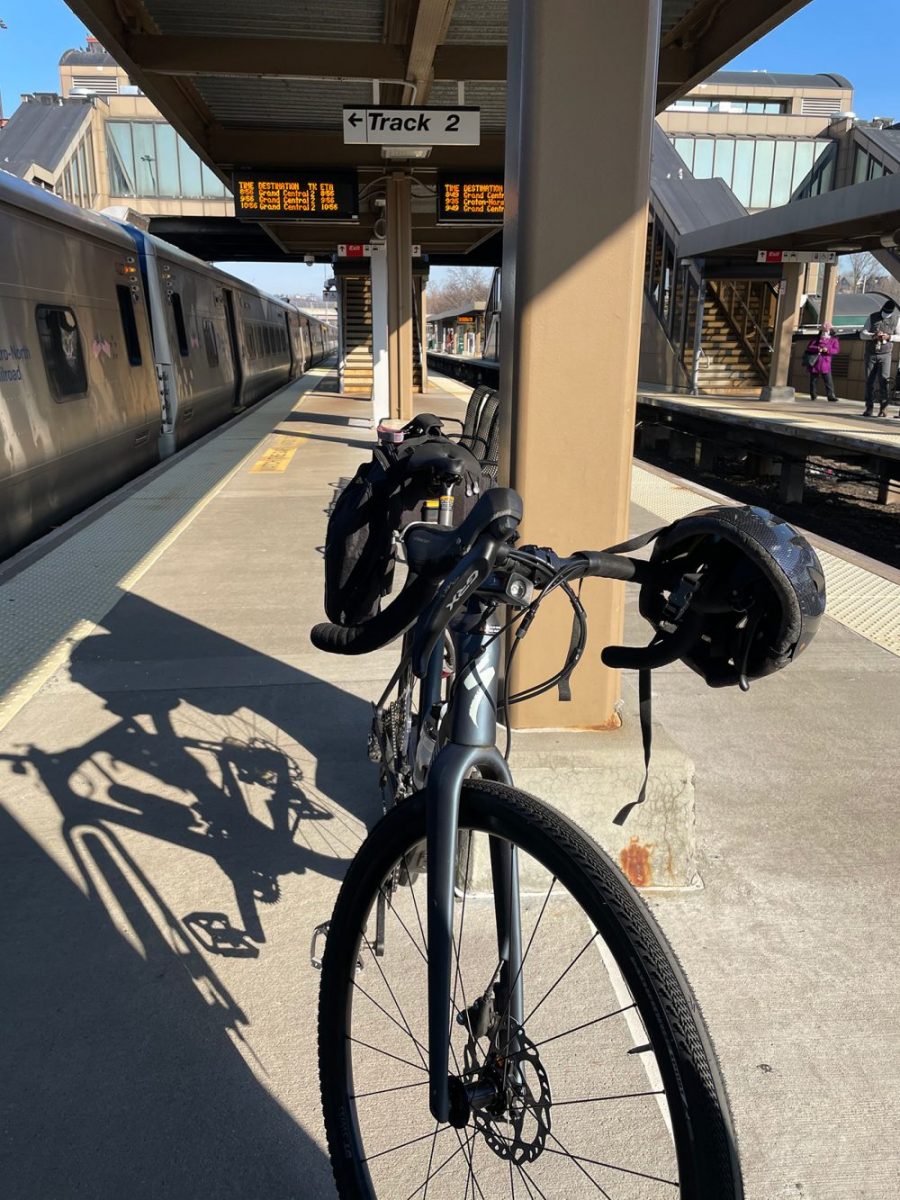 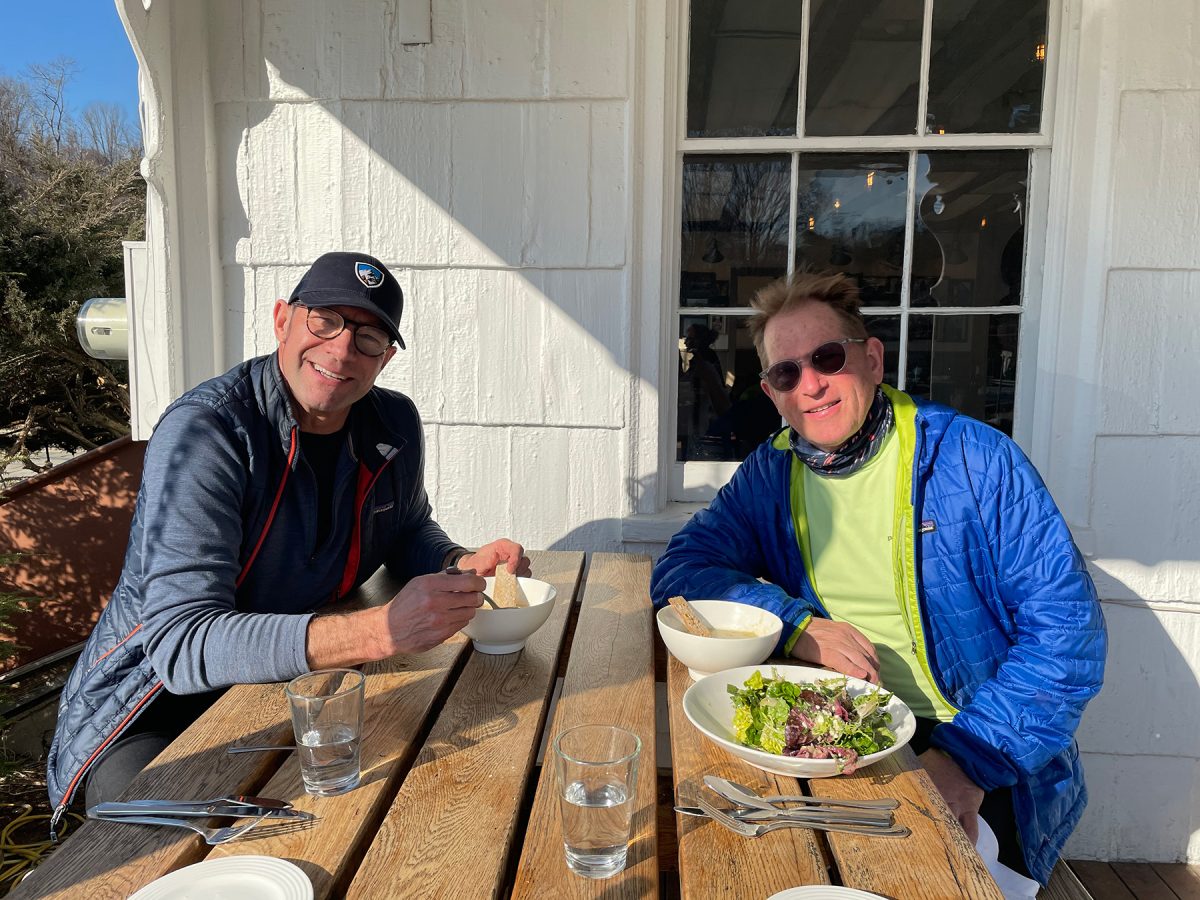 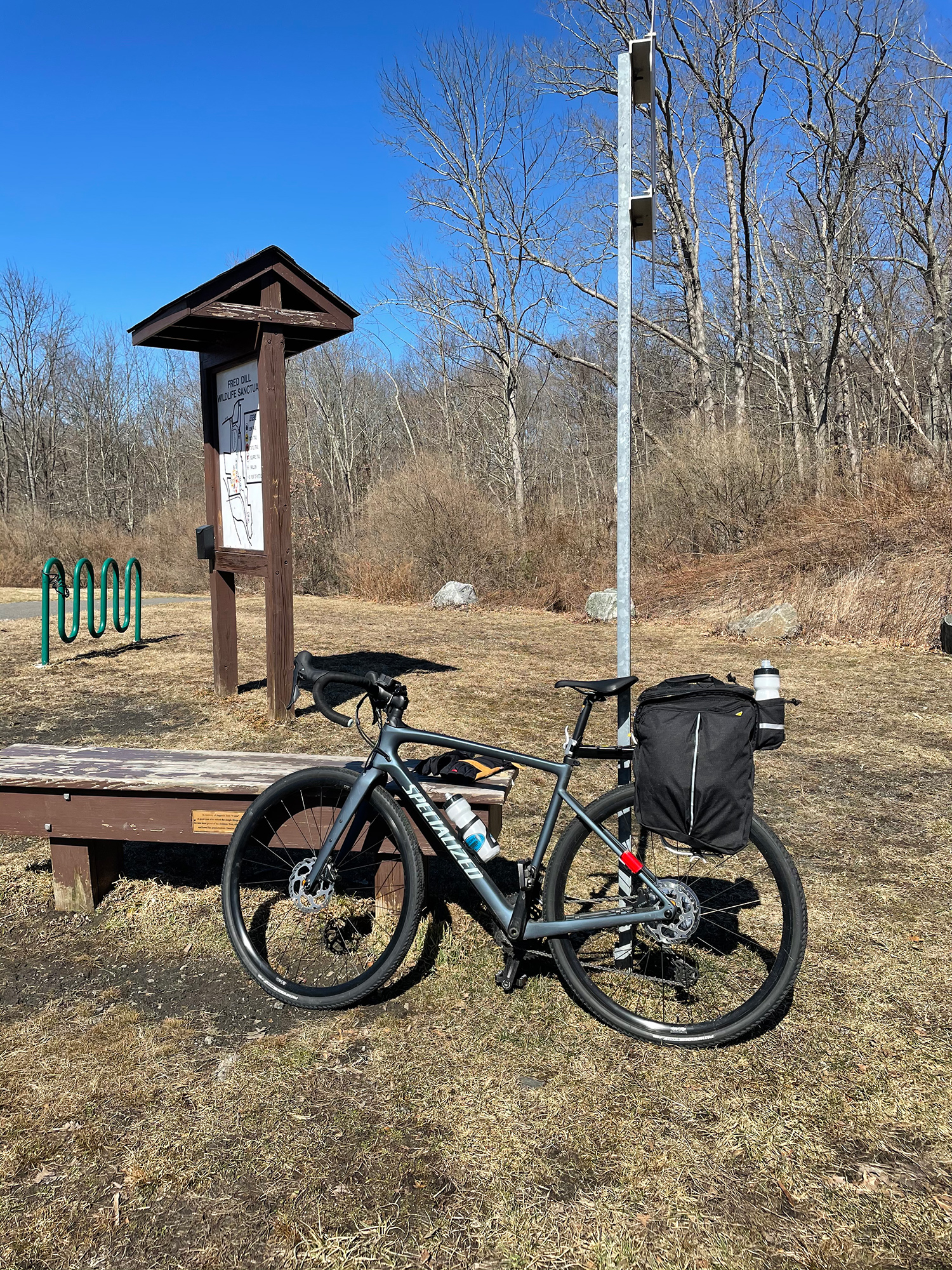 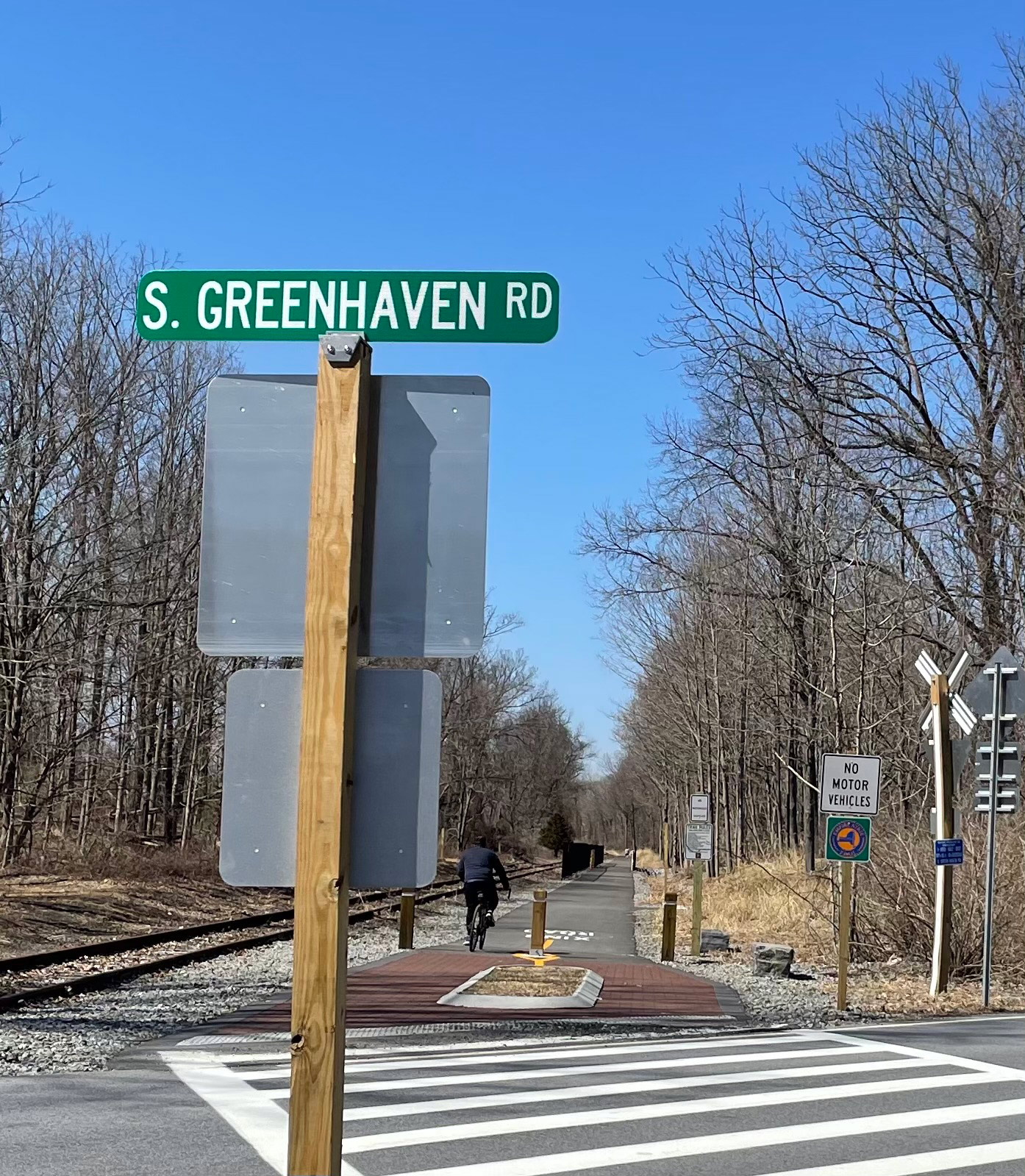 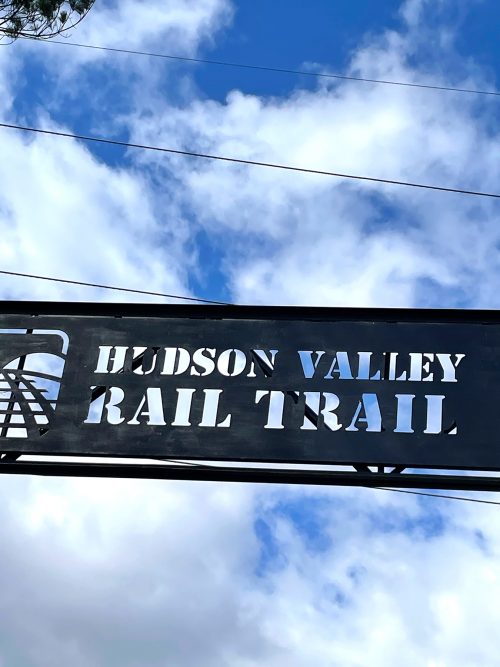 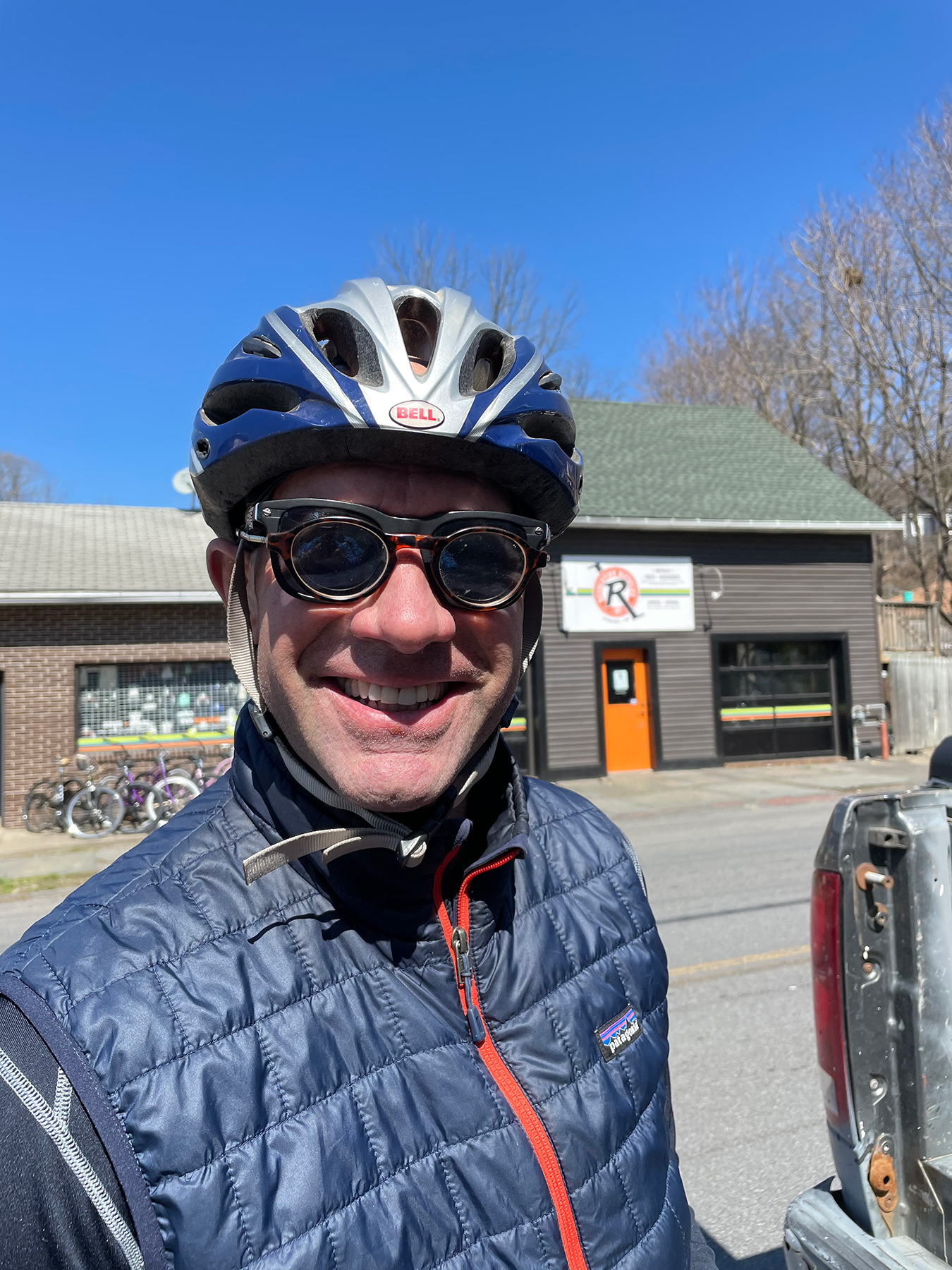 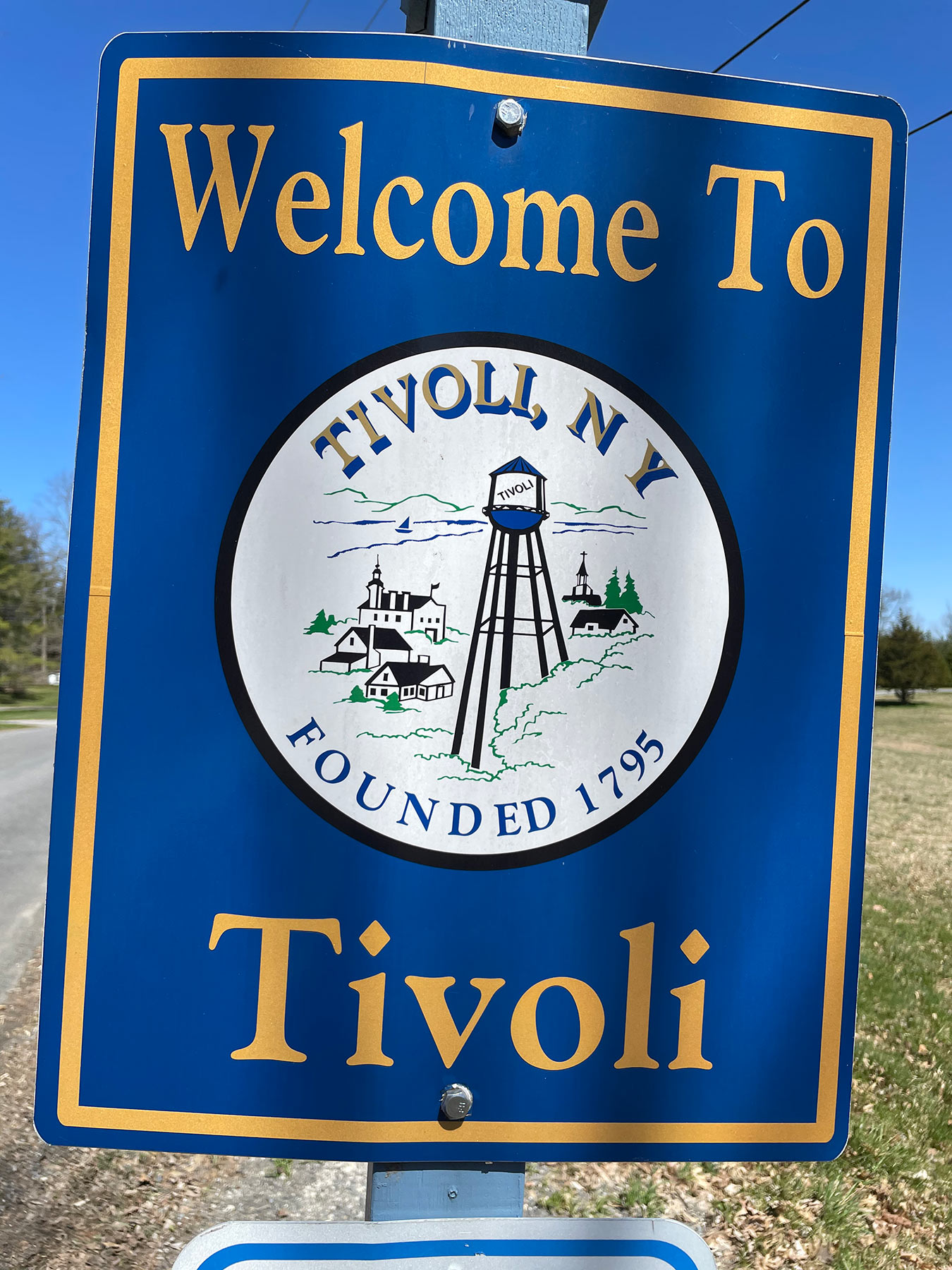 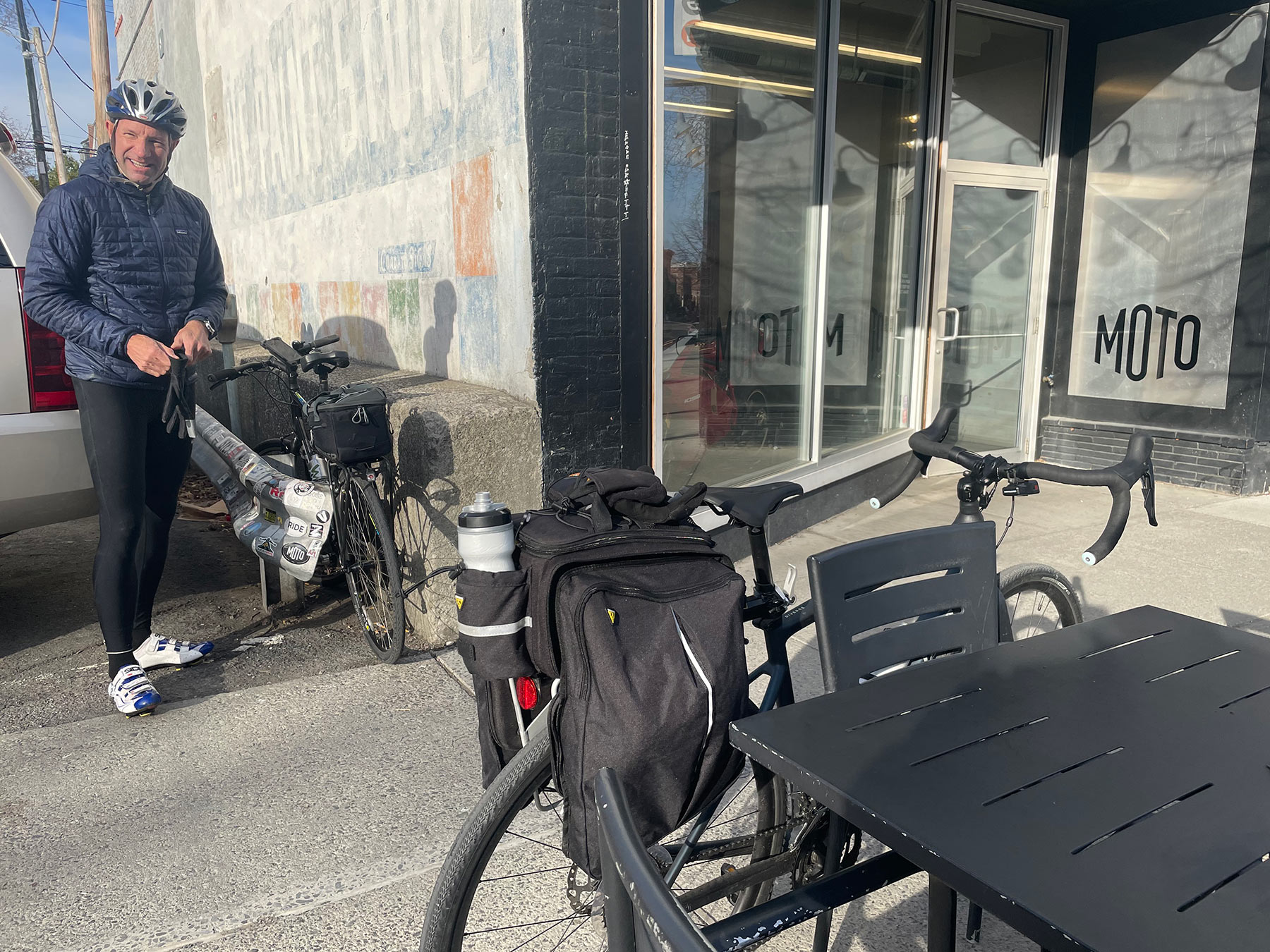 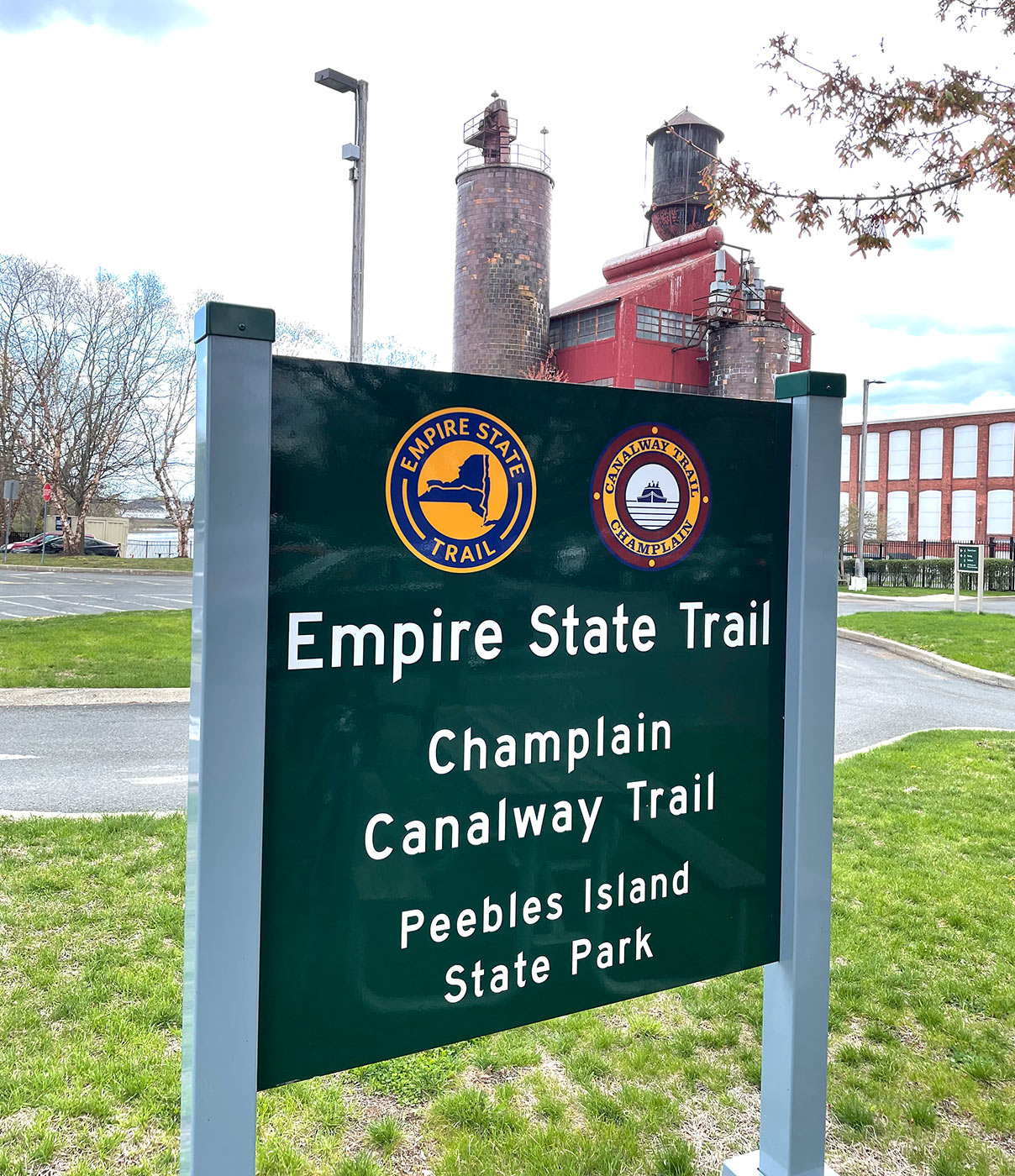 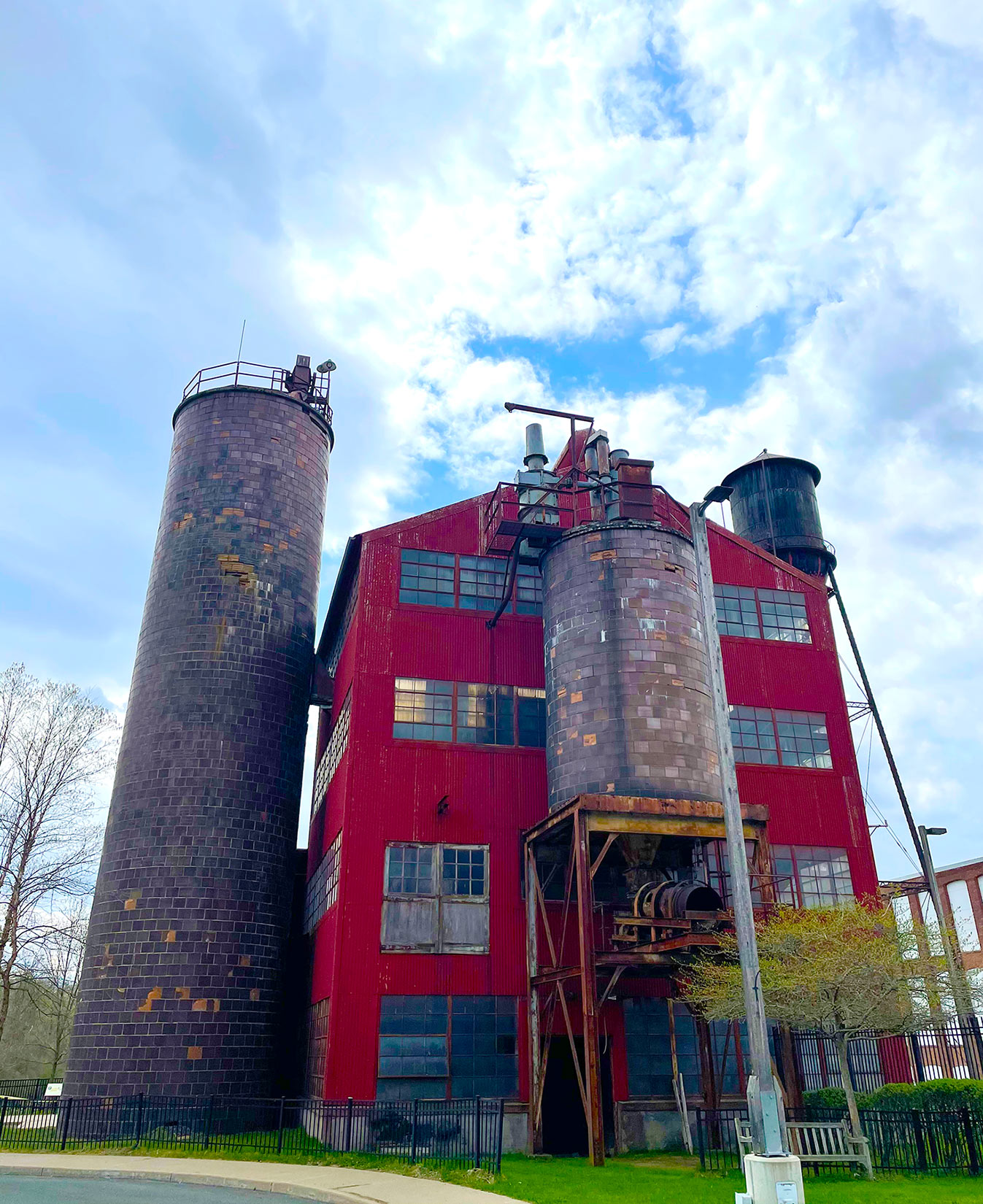 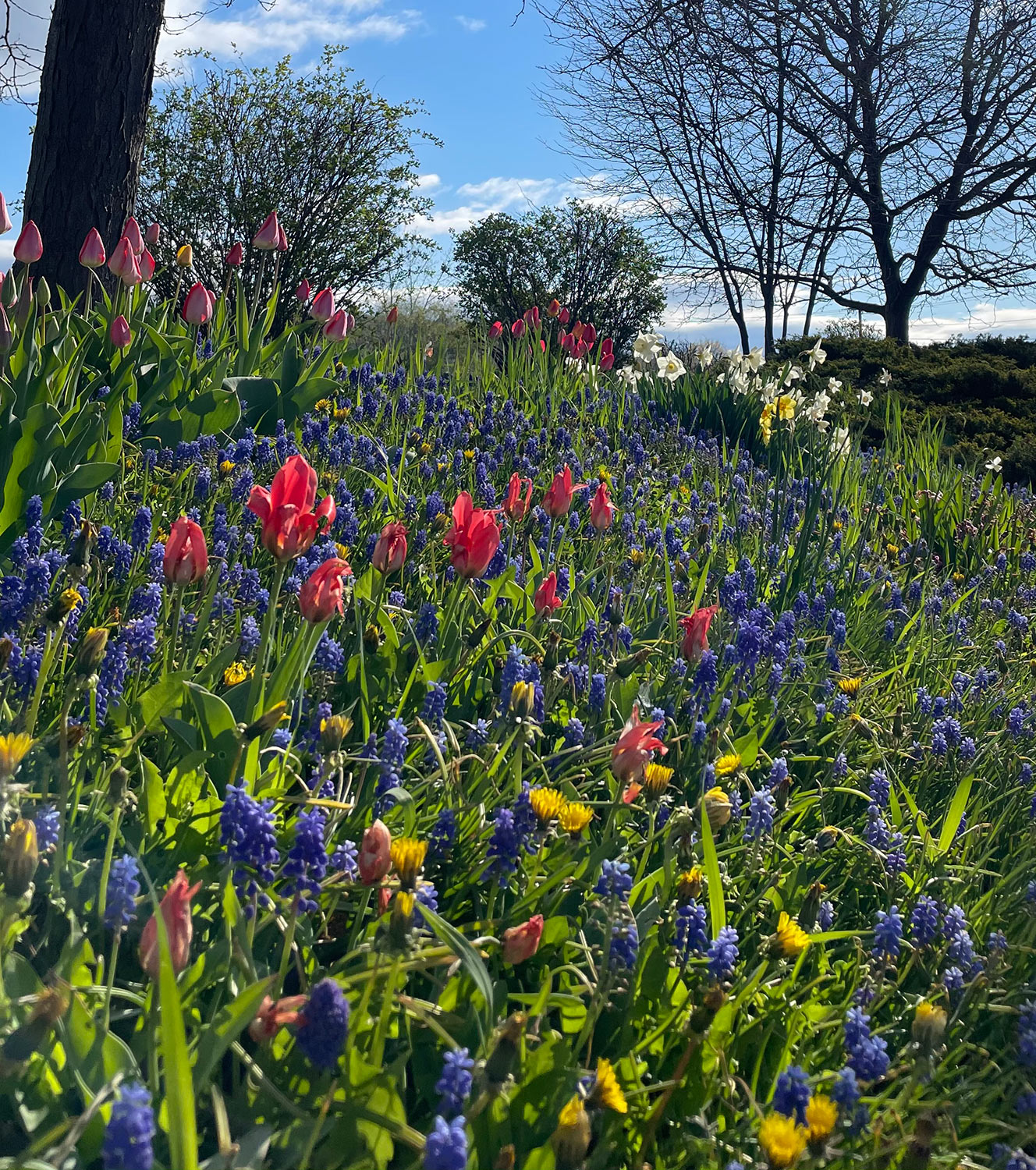 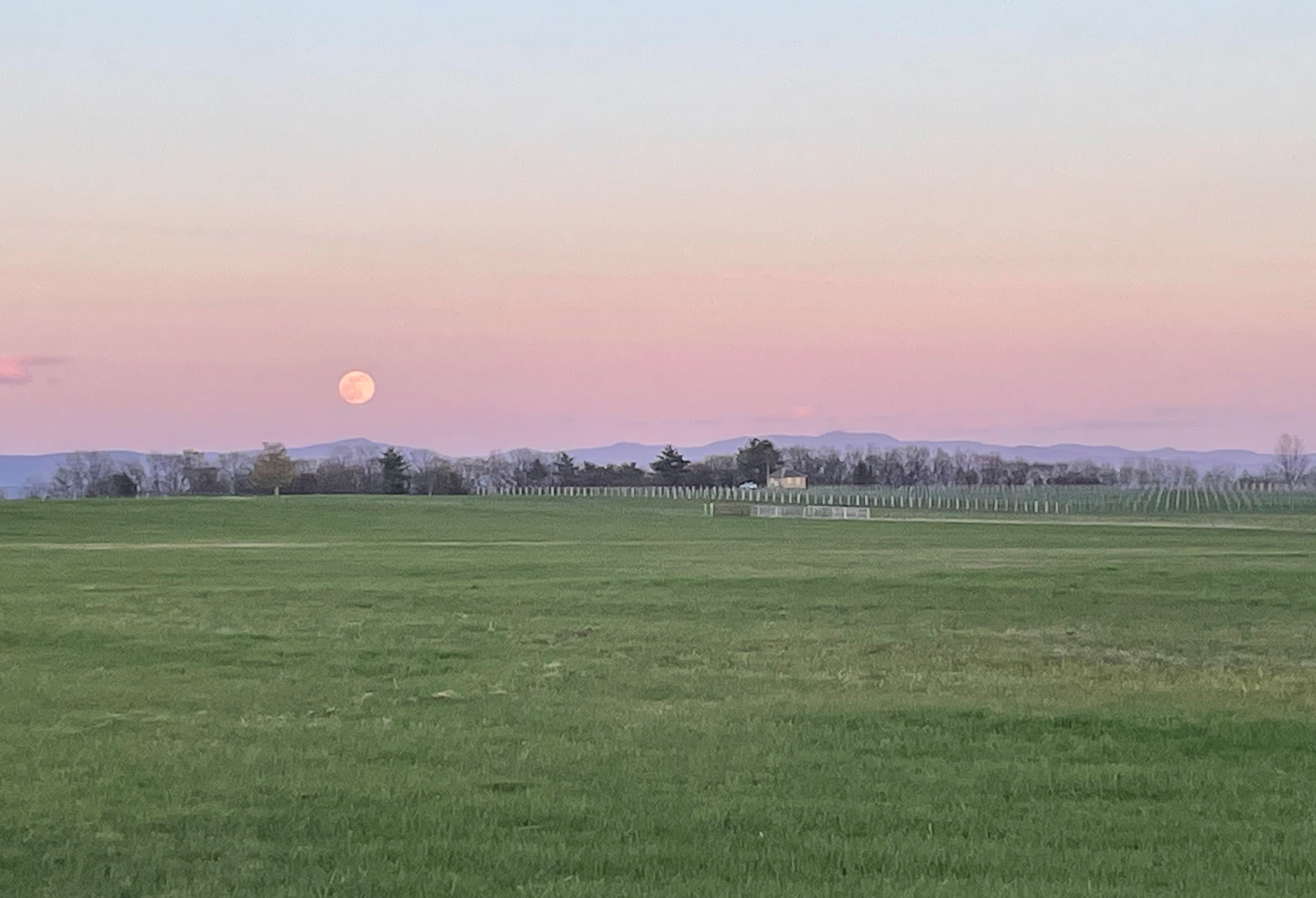 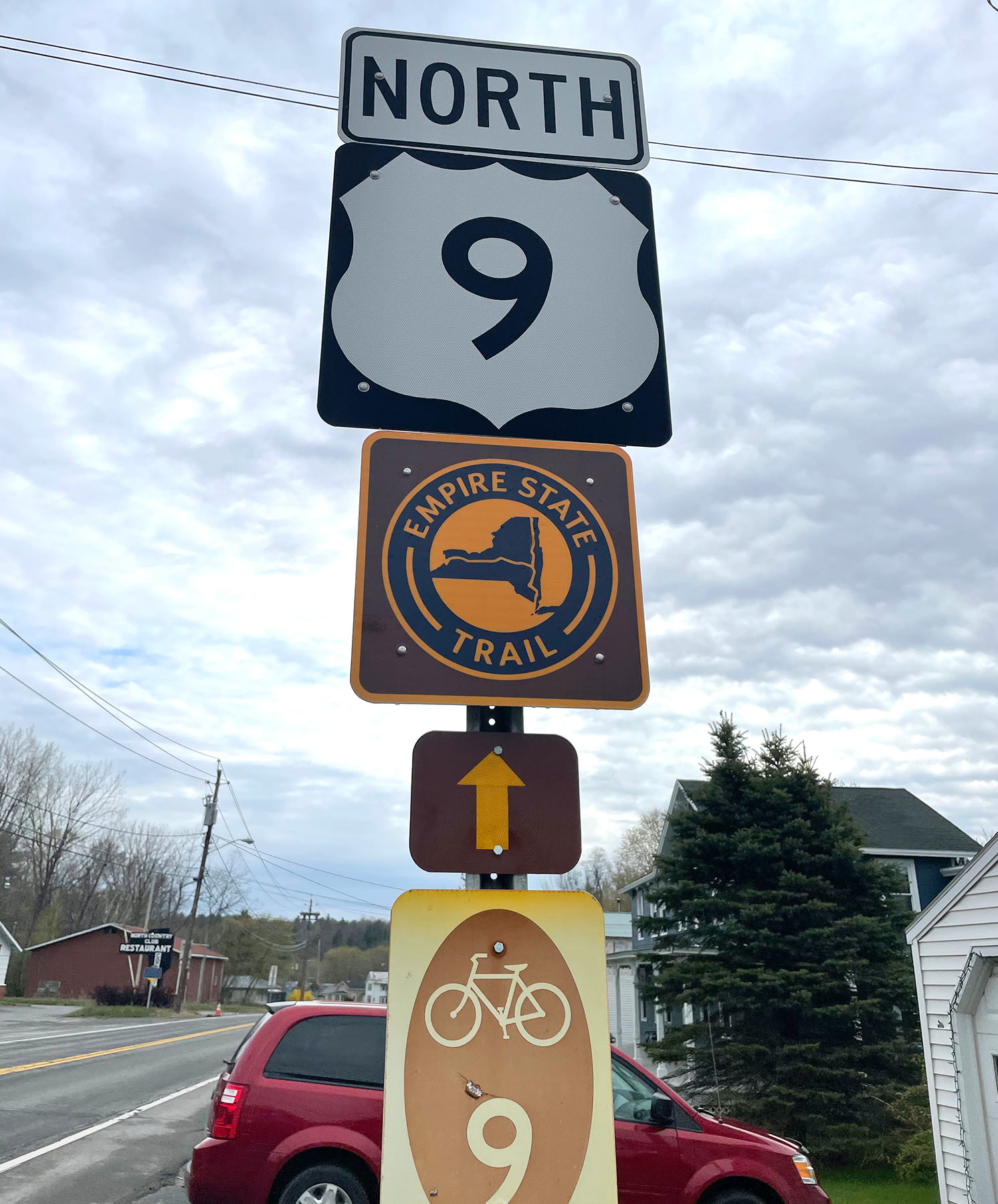